Who would thought that one day I will be working in Paris! It was started when Dan and I decided to change our lives from rat race life to medieval home in village in France few years ago. As I always very precautious, I started to look for opportunities to get a job in France. I thought that at least one of us could still work to help us financially and residency permit application before both of us being full time in working on our Chambres D'hôtes in France.

My online research has always redirected me to the conclusion that getting a new job with a company in France is rather quite impossible unless you get transferred from the company you are already working in your home country to France.

However, I keep sending my resumes anyway and being pro-active approaching head hunters directly in one of professional networking sites. Eventually, I did strike the gold as one of them responded and she was willing to proceed my job application. It sounded easy eh? But wait, it took me almost 8 months for processing my job application (telephone interview, interview in person and lots of waiting time in between) and working visa before they got approved with of course, some drama along the way, e.g.: French consultate stamped wrong visa on my passport few days before my departure to Paris, VIA rail officer in Ottawa refused to check in my overweight luggage that caused Dan rushed to mall nearby train station and we both scrambbled to transfer some of my stuffs to new luggage a couple of minutes before train left to Montreal.

I manage to fly to Paris and I did not miss my flight after all. I arrived in T3 at CDG international airport with few more drama continued, e.g.: after passed my language struggle test with Uber driver, I learned that my hotel I booked cannot accommodate me with reason that I did not know and got transferred to another hotel. I was tired but I felt grateful. 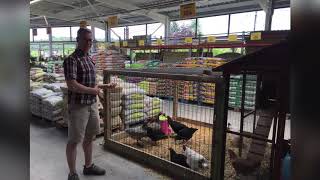 A Year After Covid19 Pandemic Started